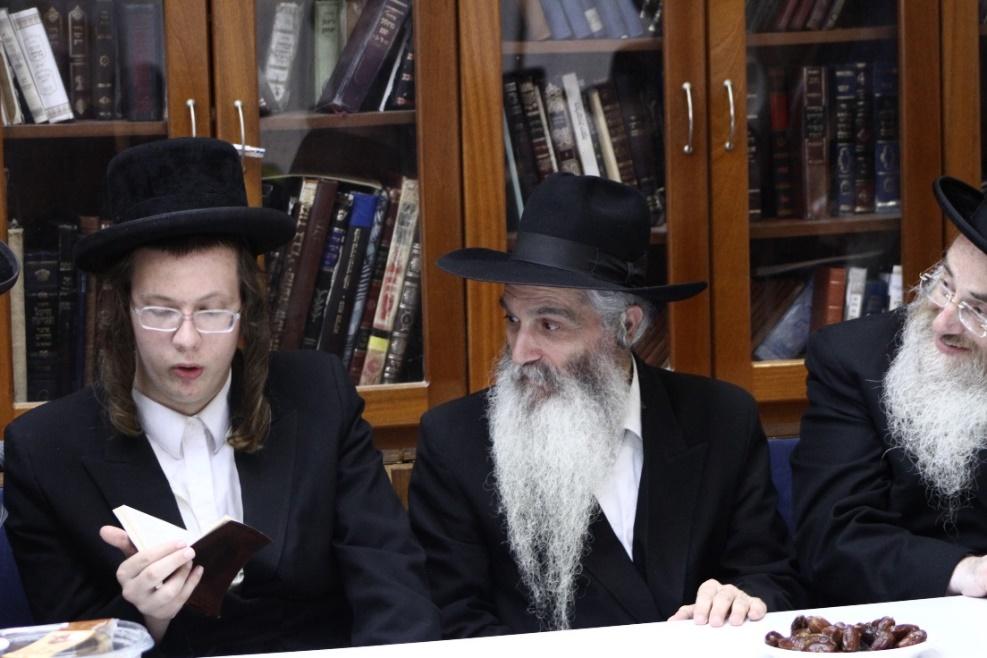 He is approaching his 17th birthday and the Shas Yiden illui, Yehuda, decided to celebrate his entry into his 18th year by completing shas for the 4th time! Even more remarkable is that he completed this cycle of Talmud Bavli – from Brochos to Uktzin – in just 4 months – averaging over 500 daf a month!
“It is hard to believe that we witness such a phenomenon in our generation,” has been a comment by a number of roshei yeshiva across Israel. The Nasi of Shas Yiden, the Pozna Rov of Flatbush, Hagaon Harav Avrohom Eisen, shlit”a, flew to Israel to for the occasion. Yehuda is the son of Harav Dovid Schwimmer, a rav in Beit Shemesh (a Viznitz-Monsey chosid), where the first Shas Yiden kollel is located.
At its last public annual siyum hashas this unique program was described by the Sanzer Rebbe, shlit”a, the nasi of Mif’al Hashas, “In Jewish history, there has never been such a Torah institution where all the scholars studying there know shas b’al peh (by heart).” The Pozna Rov established the program a few years ago by gathering a group of outstanding Torah scholars. Requirements for acceptance was to have a broad knowledge of the Babylonian Talmud with proficiency in all Rashi and Tosafos.

In the Tradition of the Gedolei Torah
The pace of study is reminiscent of the ways of the great gaonim – eight daf of Gemara each day, four on Erev Shabbos and four on Shabbos. At the end of every month each scholar has a vigorous oral and written examination to verify their mastery of that month’s 225 daf of Gemara!
After their previous siyum hashas, the Shas Yiden scholars were taken to the home of Sar Hatorah, Hagaon Harav Chaim Kanievsky, shlit”a, who spent over a half an hour shooting questions at them from all over shas in which they showed pansophic proficiency. It was clear that Reb Chaim derived much pleasure from the back and forth and, as a result, made a point of personally attending last year’s siyum hashas where he began the new cycle. He blessed the nasi of Shas Yiden, the Pozna Rov, for maintaining an institution of the gedolei Yisroel of the upcoming generation. 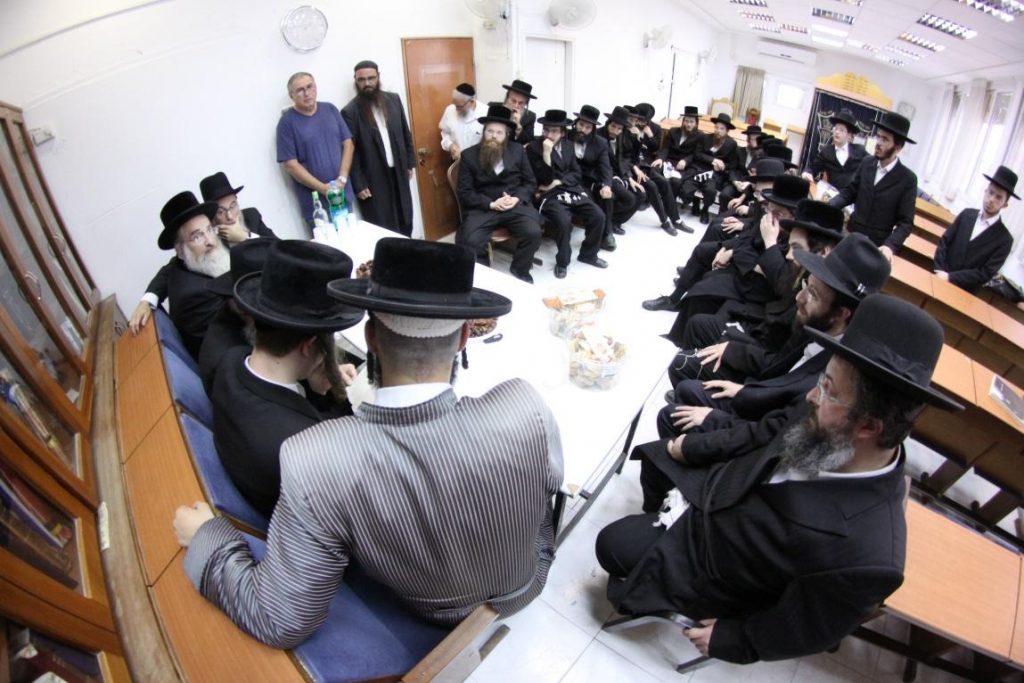 At Harav David in Nahariya
Last week, all the Shas Yiden scholars travelled to Nahariya, for the siyum. It was sponsored by none other than Ha’admur Hamekubal Rabbi David Abuhatzeira, shlit”a, in his personal Bet Knesset next to his office. The youngest member of the Shas Yiden, celebrated his own private completion of the shas. This was a study regimen that he took on himself over and above the 8 daf-a-day of the Shas Yiden program, and the Pozna Rov felt it important to fly in from America to honor this singular achievement.
Rabbi David, as he is affectionately called, is an avid supporter of the Shas Yiden program, and he presided over the siyum and showered accolades and words of appreciation regarding the program and its scholars.
“The entire world,” he said, “rests on this kollel program and the gaonim that are learning there. In no place in the world do scholars study and cope with such a Torah study load.
“Whoever supports this kollel program [of Shas Yiden] hastens the final redemption. The Mashiach will come in the merit of the Torah that you are studying,” Rabbi David declared.
However, the scholars of Shas Yiden do not have the luxury to sit back and enjoy the echoes of the wonderful siyum. They are all due to complete their annual cycle of the shas after the upcoming Succos.