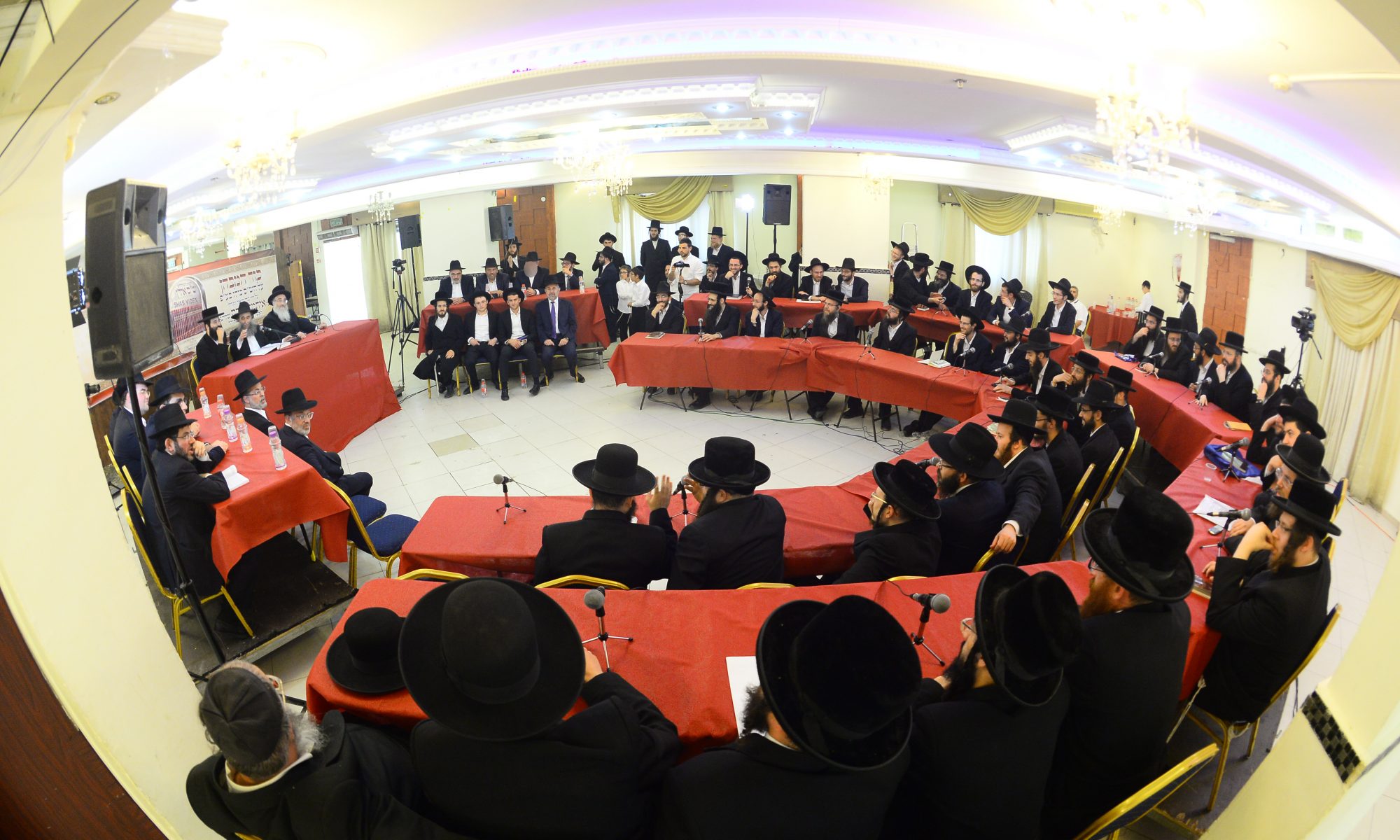 Facing one of the most searching farhers to date, the Shas Yiden geonim avreichim once again astounded the examiner. Those present, travelling from New York, found the scholarship nothing short of amazing! With comments like: “They own Shas!” “Their accomplishment is just ‘beyond’…” “I thought the claim that they all complete Shas five times a year was hallucinatory talk, but with my own eyes I saw them in action – just something else!”

For a full hour, Rav Garbuz conducted a non-stop, penetrating, all-encompassing examination. It is not possible to fully describe all the fascinating and deep responses, the heated dynamic of Torah, and the power and the personal spiritual gifts which this entire experience involved and demonstrated. The Rosh Yeshiva expressed his amazement at the knowledge of these geonim avreichim. He said, “These are not just ‘regular’ Shas Yiden who show a broad knowledge of the text of Shas. Behold, here we have seen and heard knowledge of the Shas in depth, with Rishonim and they have the needed scholarship.” Simply, it is also not possible not to emphasize their pansophic knowledge which is extraordinary.

In his conclusion, Rav Garbuz blessed the founder of Shas Yiden, Hagaon Harav Avrohom Eisen, shlit”a, the Pozna Rov, together with the supporters who travelled from overseas to be present at the farher and to meet with the Nasi of Shas Yiden, Maran Hagaon, Sar Hatorah, Harav Chaim Kanievsky, shilt”a, and other gedolei Torah who are avid supporters of Shas Yiden. Rav Garbuz again expressed his excitement at the Shas Yiden phenomenon. He then added that he was jealous of their zechus in supporting this incredible endeavor and the development of these geonim avreichim who are unique in our generation.

Some of the wide-ranging questions: